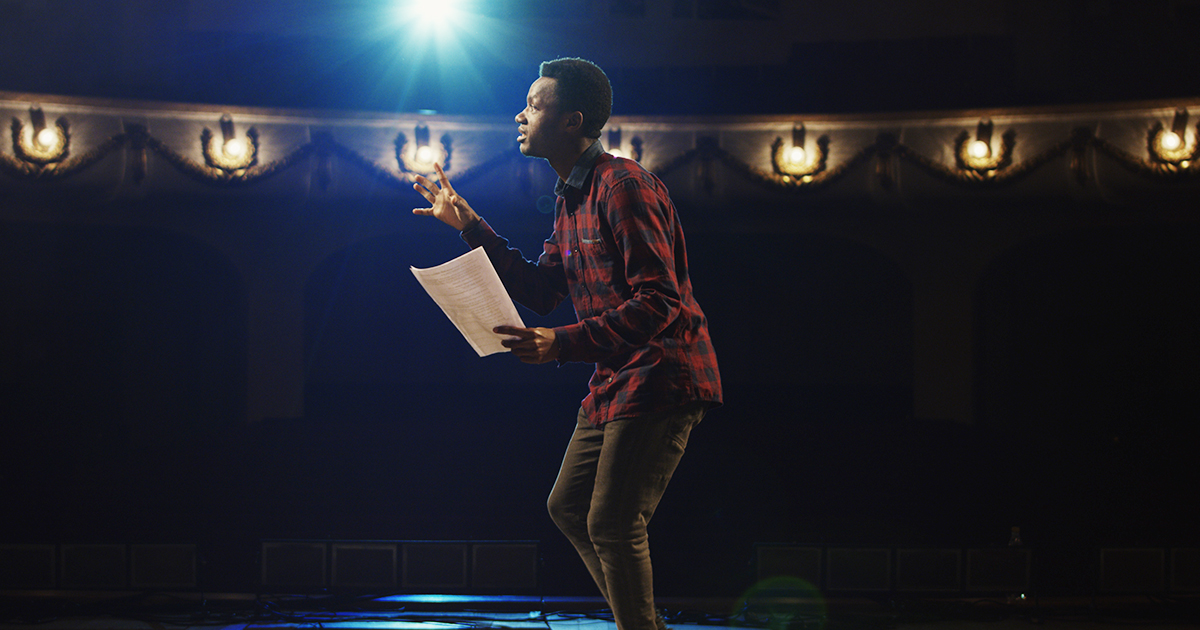 In my works as a theatre practitioner, I designed a drama curriculum on internal displacement. I worked with high school students in Nigeria who had experienced displacement in the northern part of the country prior moving to the Southwest. For me, what inspired the idea was the UN Guiding Principles and the fact that it is government’s responsibility to protect. Also, many people do not even know such a document of exist. And I felt it was needful to create awareness about the document and also discuss what the role of the government really is in the protection of displaced persons. As someone who experienced displacement during Jos crisis in Nigeria, I have been thinking of ways to engage my arts to foster participation of IDPs on issues that concern them. And theatre is a good way of reflecting on these issues. Considering the fact that drama is affect-driven and uses a qualitative approach as an avenue to engender debates and facilitate dialogues, it helps to build empathy, provoke critical thinking, and collective actions that will provide perspectives which potentially can shape policies and potential collaborations on initiatives on internal displacement.

There are some key benefits of theatre in the IDP narrative. I strongly believe that stories from daily lived experienced of IDPs can be unpacked using theatre conventions such as image theatre, music, games and other techniques. However, it is useful to highlight some of the key advantages of theatre.

First, theatre provides an avenue for awareness and education on internal displacement. In my experience, I’ve used theatre to educate people on the Guiding Principles. One of the things that theatre does is that stories share light on the lived experience of people. The education in theatre happens when through story-telling light is shone on issues and critical questions are raised. Theatre breaks barriers for people to see and step into other people’s shoes.

Theatre leverages on the power of story-telling. In this context, theatre has become a tool for social transformation and people’s empowerment. If effectively employed, theatre arts could be used as a platform to convey compelling ideas and spark engaging debates about social issues such as education, peace, development and governance, among others.

Fourth, theatre helps as a methodology to foster participation and build listening skills. Through theatre, people can be part of processes/decision-making. Theatre also provides an opportunity to actually raise consciousness beyond teaching the people. Moreover, theatre can help researchers and policy makers to hear from the concerned population, IDPs in order to better understand what they need rather than what we think they need.

About the author:
Taiwo Afolabi is an Assistant Professor in the Faculty of Media, Arts and Performance at the University of Regina, Canada. He is the founding artistic director of Theatre Emissary International, Nigeria and research associate with the University of Johannesburg, South Africa. He is a Member of the Global Engagement Network on Internal Displacement in Africa.