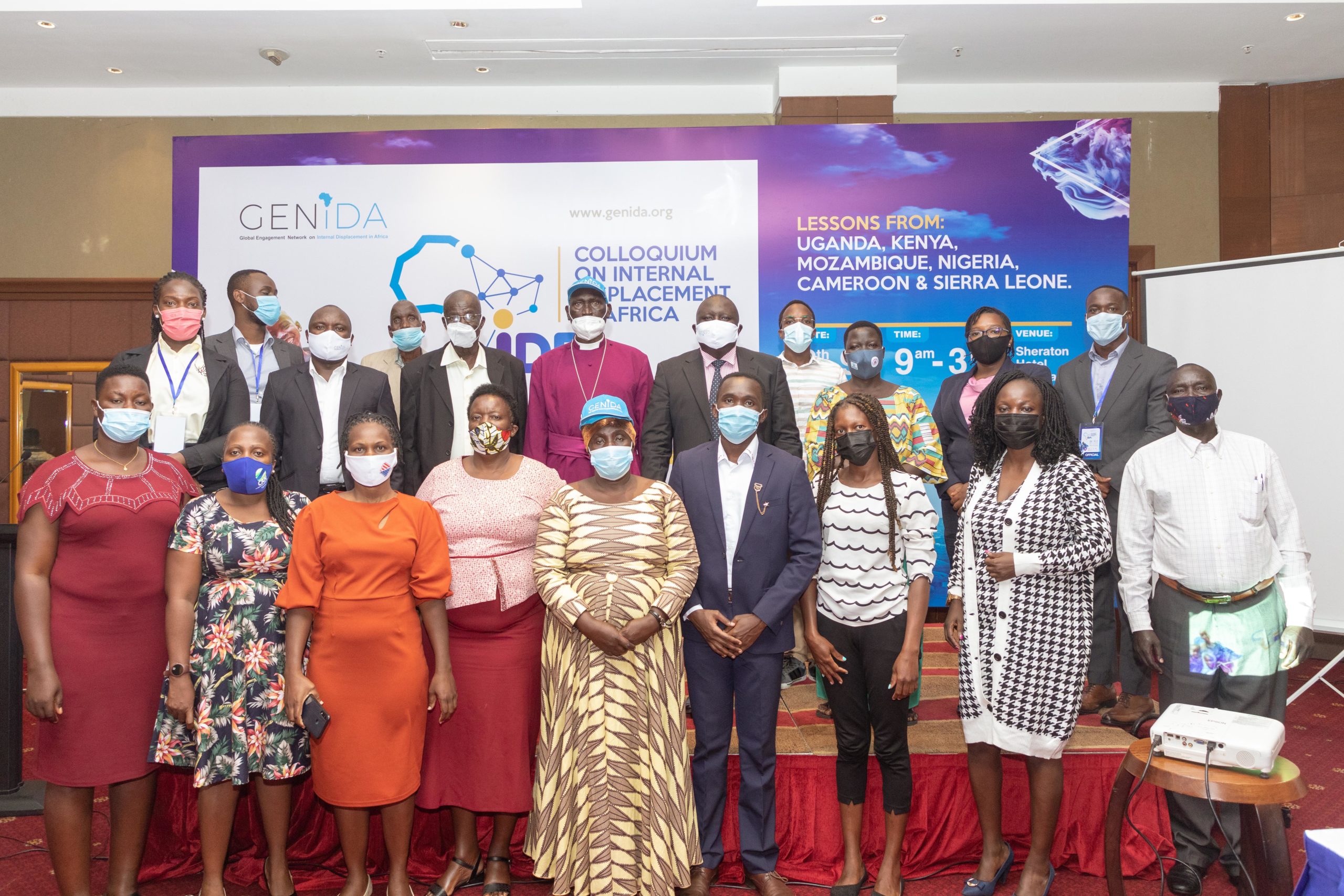 While Uganda has one of the oldest IDP policies in Africa, there remains a massive number (1.7 million) of internally displaced people in the country—largely in the North, where 90% of the population has been displaced due to violence caused by the Lord’s Resistance Army and cattle rustlers. Land grabbing and natural disasters have further worsened the situation. State responses have been slow and lacking in IDP involvement, often resulting in further complications. IDPs remain vulnerable and lacking basic services and human rights.

It is on this background that GENIDA convened a colloquium on the 8th and 9th of September 2021 to assess the efficacy of Uganda’s National IDP Policy (2004) against the Kampala Convention (2009) and to make recommendations for further progress in assisting IDPs.

The Colloquium invited a variety of Ugandan government officials, civil society organizations, and internally displaced persons to speak concerning the state of displacement policy in the nation. Experts from Sierra Leone, Cameroon, Kenya, and Mozambique also discussed the strengths and weaknesses of Uganda’s policies relative to those of their own nations and Africa more broadly. While a variety of opinions were put forward, a consensus was reached at the end of the Colloquium regarding the path forward for Uganda. Participants agreed that Uganda’s National IDP Policy should be modified and turned into hard law, bringing it into accord with the Kampala Convention which requires more than soft law policy frameworks. The Colloquium also stressed the need for greater government transparency and accountability, including the need for states to consult more comprehensively with civil society actors and with IDPs themselves while still shouldering the sole responsibility for the care of IDPs. Part of this care must involve a better framework and response toward sexual and gender-based violence and better inclusion of women and girls with regards to justice, land access, and livelihood recovery.

A major theme throughout the speakers’ presentations was the issue of violence, which is the leading cause of displacement in most of Africa and in most of the countries discussed during the Colloquium. Prof. John Osogo Ambani of Kenya raised the issue of colonial legacies, arguing that the colonial state was a bureaucratic and extractionist system that sought to manage rather than serve populations. Ambani discussed the influence of colonial states on modern African governments, which tend to focus on policy frameworks rather than human rights and state responsibility. Mr. Rashid Dambuya of Sierra Leone raised a similar point, arguing that policy-based approaches do not obligate the government to respect human rights. He also argued that Uganda’s National IDP Policy puts too much of the burden for IDP care on local rather than the federal government. Mr. Dambuya recommended, among other things, that the Ugandan policy be amended to be more specific in its responsibility allocation and operational mechanisms, and that it makes specific reference to the Kampala Convention (which it precedes).

Another recurring issue brought up by speakers was the need for enforcement and enaction of existing policies, in addition to legal changes. Due to a variety of factors, ranging from selfish state interest to over-reliance on civil society organizations, both the Ugandan government and other African states have failed to live up to their commitments, especially as regards the status of women, children, and the elderly. Various solutions were proposed to solve the lack of government accountability, including greater public awareness and pressure as well as public litigation. These points were especially stressed by Nigerian representative Asmau Gangso Benzies, who argued that Uganda must turn its IDP policy into binding law and must shift away from donor-reliance and toward state responsibility.

While numerous speakers praised Uganda for being a leader in internal displacement law, the outcome of the Colloquium was a clear need for greater government transparency and action in Uganda and elsewhere based on a system that privileges the rights of IDPs rather than the needs and wants of government. The event successfully brought together numerous actors from diverse backgrounds, mobilizing them toward further action.