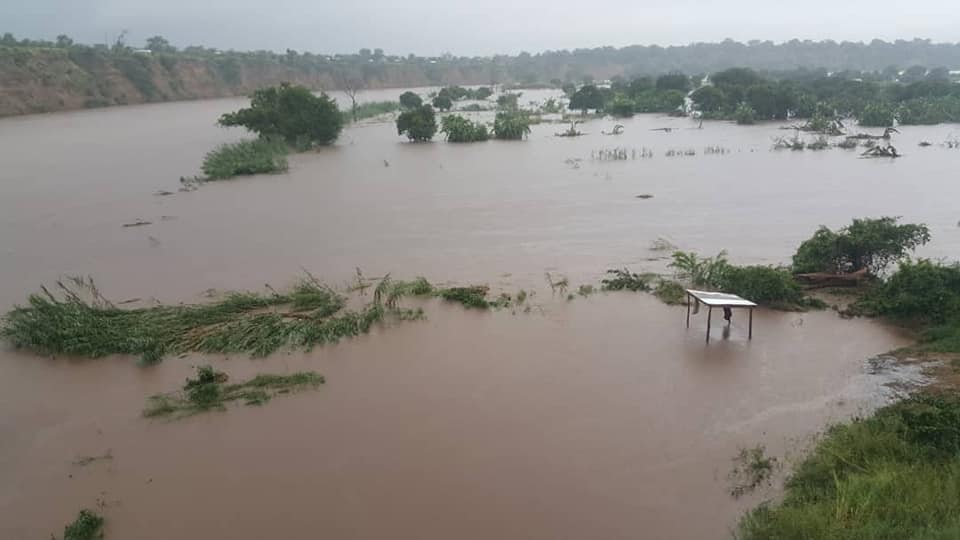 2020 was a relatively merciful year for Malawi—2019 was not. Cyclone Idai, which ravaged southeastern Africa, left 110,000 displaced in Malawi alone, according to the IDMC. The torrent wreaked havoc on Malawi’s poorest living in the southern region, tearing off roofs, destroying mudbrick homes, and bursting dams (Relief Web, “Learning from Cyclone Idai”). Last year, the worst natural disaster was flooding in Thyolo district that displaced 9,500 people (IDMC). While this may seem benign compared to some parts of Africa, it is disturbing that this is becoming the new normal—natural disasters, exacerbated by climate change and human land-use practices, are becoming a fact of life in Malawi. And, despite positive signs of awareness on the part of the government, much of it is just “hot air”, according to GENIDA correspondent and University of Malawi lecturer Joe Mlenga. Much remains to be done.

Malawi has been blessed with a peaceful history. While much of Africa remains embroiled in civil war and sectarian violence that leaves millions displaced, Malawi has not suffered prolonged political violence since the independence struggle. This has made conflict displacement rare—indeed, Malawi has long been a host for refugees from other nations such as Mozambique. However, the country’s geography makes it prone to adverse weather conditions. Much of Malawi receives bountiful rainfall, allowing for rolling green fields of maize, soy, and tobacco—especially in the highlands. Following the Shire River toward the ocean, however, one encounters a long wall of tumbling hills and cliffs leading down to the Lower Shire region, an expanse of floodplains and termite hills that rolls on toward Mozambique. These lowlands are doubly prone to flooding, with the population at risk not only when they experience heavy rainfall but also when the highlands are saturated and disgorge their load into the Shire River. In 2015, flooding in the Lower Shire and other parts of the country displaced 230,000 people, damaged 64,000 hectares of agricultural land, and left many vulnerable to cholera and other diseases (The Guardian). Two and a half decades earlier, rockslides and flooding in Phalombe district killed as many as a thousand and swept away 30,000 hectares of crops (The Times Group). Residents referred to the incident as the moving of a mythical creature named Napolo, who migrates from one side of Michesi Mountain to the other, in the process shaking the ground and leaving behind scars (The Times Group). Devastating as it was, this event did produce the Disaster Preparedness and Relief Act of 1991 and perhaps also influenced the more recent 2015 Disaster Risk Management Policy (The Times Group).

While these two policies are good steps in the right direction, when I interviewed Joe Mlenga, he pointed out that the Malawian government has signed and ratified, but not yet domestically adopted, the Kampala Convention (a landmark African Union treaty outlining the rights of IDPs and how governments should prevent, mitigate, and respond to displacement-inducing disasters). Thankfully, the Disaster Risk Management Policy served Malawi well when Cyclone Idai hit (Mlenga 2020). The Policy also lays the ground for effective coordination between departments and grounds IDP policy in “local policies and legislation on development-related aspects such as water provision, town planning, food security, forestry and education” (Mlenga 2020). This synthesis of Malawian law is admirable, but more work is needed to domesticate the Kampala Convention and ensure that IDPs’ full rights and unique circumstances are considered (Mlenga 2020).

In addition to disaster preparedness, there is a great need to mitigate the circumstances leading to flooding. In Mzuzu, the capital of the North, informal settlements along rivers put the population at risk of flooding; however, forced resettlement may put them in further economic, social, or physical danger and may not prevent future settlement of flood-prone areas (Kita 2017). Joe Mlenga emphasized the same point with regards to farmers in the floodplains of the Lower Shire, who have strong incentive to farm the fertile land and who feel a strong cultural attraction to the river. Solutions will vary based on location—Kita (2017) recommends flood-proofing Mzuzu using urban planning techniques, while Joe Mlenga discussed the possibility of encouraging farmers to migrate toward the Shire River during dry months to irrigate but retreat to high ground when the rains come.

Agricultural solutions would also likely help to prevent flooding. If water can be sequestered in the soil, flash floods will be less frequent, and rivers will not swell as quickly. Mlenga related to me that his grandparents used swales to prevent erosion and sequester water, whereas now farmers often seem unaware of the importance of making ridges on-contour and using sustainable management practices to encourage soil health and water sequestration. In rural Malawi, I frequently see ridges running down hills rather than across them, a method that only encourages erosion, flooding, and flash floods. As Kita points out, siltation from deforestation fills riverbeds, making overflow more likely (2017). Poor agricultural practices also contribute to siltation, and any government response to the issue of flooding must be comprehensive and address the agricultural side of the equation. A 2018 USAID study designed to gauge the effectiveness of their projects showed that watershed management, including the building of reservoirs, swales, water absorption trenches, and other techniques, not only reduced susceptibility to flash flooding and soil degradation but actively improved soil health and farmer welfare. For an agricultural nation such as Malawi, the benefits of such a system are obvious. By investing in the agricultural and forestry sectors, the government could both reduce the risk of flooding and landslides and simultaneously improve the livelihoods of farmers, making them less more resilient in the face of disaster.

While flooding and disaster displacement are serious issues for Malawi, they are not inevitable or unsolvable. By caring for the environment and farmers, planning urban development sustainably, and improving government response and readiness, Malawi can both reduce the risk of disaster and be ready for it when it does happen.