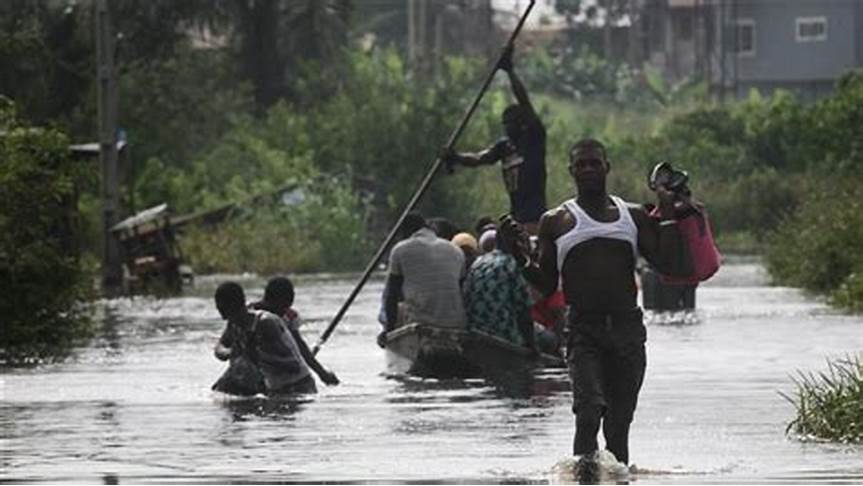 The growing demand for hydro-power energy is the primary driving force for the increase in the number of dam constructions globally[1]. However, dam projects have had adverse effects on the population leading to internal displacement. In the last 20 years, over 300 million people in developing countries have been internally displaced which equates to 10 to 15 million people being displaced annually[2]. Over the years, the development induced displacement has remained a huge human rights violation with countries focusing on the economic impact of the projects while dismissing the plights of the affected population[3].

Ideally, international laws such as principle 6[4] of the Guiding principles of IDPs indicate that all human beings have a right to be protected from arbitrary displacement from their habitual residence. With no signs of companies and countries abating the dam construction, the Internally Displaced Persons (IDPs) continue to suffer despite the existence of an international legal framework. This blog will focus on IDPs from the Solai Dam disaster.

On 9th May 2018, the Solai dam broke down its banks due to the heavy rainfalls and killed about 150 people while displacing another 300,000 people. Although the dam was constructed in the 1980s, it had not been cleared by the government engineers and was maintained illegally[5].  Hence, this led to the tragedy unfolding as the IDPs were left in vulnerable situations due to arbitrary displacement. The IDPs opted to seek refuge within a local school awaiting further assistance but the affected Persons of Concern (PoC) are placed in a vulnerable situation[6].

The case proceeded to court but four years later no justice has been served to the affected PoCs. This raises the question of whether the government adheres to the international legal framework protecting local communities from displacement. Notably, international and regional law mandates governments to incorporate measures to not only protect and assist IDPs but also enhance durable solutions and regulate development projects to limit displacement[7]. Article 2(5) of the Constitution of Kenya[8] indicates that the ratified international convention forms part of Kenyan laws.

For instance, Article 10 of the African Union Convention for the Protection and Assistance of Internally Displaced Person in Africa also referred to the Kampala Convention[9] stipulated that governments have the responsibility of ensuring that strategies are put in place to limit the displacement of persons emanating from development projects. The Internally Displaced Persons Act 2012[10] also emphasizes the need for the government to ensure that IDPs are supported especially for the vulnerable population such as women, children, the elderly, and Persons Living with Disabilities (PWDs).

IDPs have the inherent right to their dignity[11]. However, families are separated during displacement leading to loss of property and livelihood. In equal measure, the PoCs suffer social-economic challenges such as poor sanitations, health care and living in crowded holding areas[12]. Further, with the limited possibility of actualizing the durable solutions, IDPs’ quality of life is dully replenished.

According to the World Commission of Dams (WCD), the dam induced displacement occurs because of the managerialist approach to planning where the solutions are considered internally without identifying the issues underpinning the existence of the project[13]. In most cases, no measures are put in place to engage the community in the development process. Globally, countries embraced the provisions of the WCD to help in dealing with the issue of displacement resulting from dam constructions[14]. However, most contractors disengage the community in the entire process and equally indicate the difficulties in finding vacant land for such projects and difficulties in monitoring how the locals treat the community placing constraints in actualizing the provisions of WCD[15].

The Solai dam tragedy is not a unique case as countries across the globe have reported displacement emanating from the Dam project. For instance, in Myanmar, the Thilawa Special Economic Zone displaced 86 households in the first phase and 846 households in the second phase[16]. Thus, to find a viable solution to this tragedy, all relevant stakeholders should be involved from the formative stages of the project. Article 4(4) of the Kampala Convention[17] emphasizes the need for government to protect its citizens from arbitrary displacement. To strike a balance between the economic impact of development projects and the protection of the displaced person, 3 strategies should be incorporated and this includes; conducting a prior-impact assessment, consultation with the local community, and lastly, the feasible alternatives for the project[18].

Development induced displacement remains a global menace but legislation such as the Kampala Convention and the guiding principles on IDPs indicate that governments should limit arbitrary displacement. This paper argues that although legal measures are in place, most countries such as Kenya have not implemented the provisions. For instance, four years since the Solai Dam tragedy, the locals are still waiting for a viable solution from the government. In conclusion, countries should provide a durable solution such as relocation for the IDPs at the domestic level as this would help in realizing the obligations under international and regional conventions.

[3] Adeola., R, “The legal protection of a development-induced displaced person in Africa” (2017) AJLS

[6] Kenya Human Rights Commission, “Duty to protect, the obligation to redress and the legal issues emanating from Solai Dam Tragedy” (2018)

[9] African Union Convention for the Protection and Assistance of Internally Displaced Person in Africa, 2009

[10] The Prevention, Protection, and Assistance to Internally Displaced Persons and Affected Communities Act (No. 56 of 2012)

[16] Relief Web, “Internal Displacement: What development got to do with it? (2017) https://reliefweb.int/report/world/internal-displacement-what-s-development-got-do-it (accessed 1/5/2022)

[17]Article 4(4),  African Union Convention for the Protection and Assistance of Internally Displaced Person in Africa, 2009

Annete Opiyo, an advocate of the High Court of Kenya. She is a humanitarian lawyer currently based in Dadaab, Garissa sub-county.